There is no doubt that Thailand is a famous tourist destination. One reason for its fame is the delight of its wildlife. Through this article, you can get to know all about its incredible wildlife and the national parks that you can visit in Thailand.

Thailand is home to almost ten percent of the world’s animal species. There are many mammal species in Thailand. That includes elephants, tigers, leopards, Malaysian sun bears, sambars, deer, otters, gibbons, monkeys, macaques, sheep, goats, wild cattle, and wild pigs. Elephants have long been a symbol of Thailand, yet there are only 1,000-2,000 of them.

With plenty of bird species dwelling in Thailand, it is a birdwatcher’s delight as well. The crested honey-buzzard and the crested serpent eagle are two of the numerous birds of prey found across the nation. In Thailand, there are thirteen species of hornbill, some of which are common and others that are endangered.

What are the Best National Parks in Thailand?

You would surely be curious to know the best National Parks in Thailand for you to visit. Do not worry! We can tell you all about them.

This is one of the natural wonders of Southern Thailand. It consists of one of Asia’s oldest rainforests. It is located along a road connecting so many beach resorts as well. So, it is ideal for tourists. Ratchaphrapa Reservoir or Chiew Lan Reservoir, one of Southeast Asia’s most beautiful reservoirs of freshwater is one of the main attractions of this park. The green water glistens amid 1,000m high limestone mountains. You can go on a boat excursion that lasts a few hours or all day.

Caves and waterfalls can be found west of the reservoir. But you will need a guide to accessing them. Khao Sok is rich in birds and reptiles. So, you can get a pretty good view of those species in this national park.

This is Thailand’s oldest national park. It consists of 2,168 square kilometers of mountainous rainforest. And this is a UNESCO Natural World Heritage designation. It is a three-hour journey northeast of Bangkok. The name Khao Yai translates to “Big Mountain,” and its summits rise to 1,351 meters. Road access is available to a number of overlooks, including Pha Diao Dai. The 150-meter Haew Narok is the tallest waterfall, accessible by a lengthy, steep slope. Since Leonardo DiCaprio dived over it in the 1999 film The Beach, it has earned some popularity.

Elephants and wrinkle-lipped bats are among the abundant animals of this national park. Outside the park, you can also visit the various wineries and sunflower fields, and some of the adjacent resorts offer activities like waterslides and go-karting.

Kui Buri National Park, which straddles the Tenasserim Mountains bordering Myanmar, is the only area in the nation where you can almost always see wild elephants and wild gaur, the world’s biggest bovine animal. Visitors load into pick-up vehicles that stop along the gravel roads anytime a jumbo appears in the woods for a true safari experience.

The mountains of 300 Peaks give the coastal Khao Sam Roi Yot National Park its name. Here, you can take a boat to the white sands of Laem Sala and then climb the half-kilometer to Tham Phraya Nakhon, one of Thailand’s most spectacular caverns. Long ago, a section of the cave’s high limestone ceiling crumbled, enabling sunshine to expose a pavilion erected inside the cave over a century ago.

Other caverns and a mangrove forest may be visited by boat from Bang Pu village, and the largest wetland in Thailand is located on the west side of the mountains, where a path allows visitors to see storks and collared kingfishers foraging in water covered with lotuses and purple water lilies. Back on the mainland, kayak to Ko Kho Ram Island, which is home to a monkey troop.

This, the country’s largest national park, spans approximately 3,000 square kilometers of rugged terrain and connects to other protected forest areas in Thailand and Myanmar to form one of Southeast Asia’s final refuges for tigers and other endangered animals. Here exist Asiatic black bears and Siamese crocodiles, but sightings are exceedingly uncommon.

The park’s main attraction is the birdlife, which has 460 species including the long-tailed broadbill and Oriental pied hornbill. Bird-watching trails near three campgrounds are excellent. And you can hire a guide who is skilled in spotting animals while keeping your family safe.

This article focused on how delightful the wildlife is in Thailand and its National Parks. Now that you have a good idea about them, you can definitely visit them. 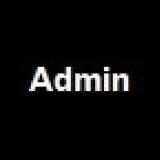